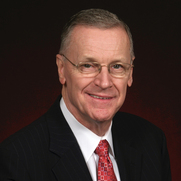 Samuel Davison was saved at the age of 6 and surrendered to preach at 16 while attending Calvary Baptist Church in Perry, Oklahoma. In 1964, Bro. Sam enrolled at Baptist Bible College in Springfield, Missouri, and graduated in 1967.  Upon graduating, Bro. Sam served as an assistant pastor for 7 years, before being called as Pastor of the Bible Baptist Church in Stillwater, OK, in 1974. In 1990, Bro. Sam was called to pastor the Southwest Baptist Church in Oklahoma City; where he pastored from 1990 to 2010. Upon passing the leadership of the church to Bro. Jason Gaddis, he was given the honorary title of Pastor Emeritus. From May of 1999 to May 2018, he served as the President of Heartland Baptist Bible College in Oklahoma City. Heartland has an enrollment of students from all across the United States and several foreign countries, and operates under the supervision of twenty-four pastors who serve as directors of the college. Most of the students attend Southwest Baptist Church and contribute uniquely to its ministry. Bro. Davison also served as President of the Baptist Bible Fellowship International from 1994-1998. Today, he continues to preach extensively throughout the country at revivals, missions conferences, youth camps, and pastor’s fellowship meetings. He has an open invitation each year to preach at the Baptist Men's RECHARGE.

Pastor John Roy - Cornerstone Baptist Church - Phoenix, AZ
Pastor John Roy was saved while kneeling by his mother's bedside at age 11. He had the privilege to grow up in a pastor's home with parents that loved the Lord and raised him under a godly influence. After completing high school, he attended West Coast Baptist College in Lancaster, California. In 2002, while on a singing tour for the college, Pastor Roy surrendered to full time ministry. In 2004, he married his lovely wife Rachel and became the Youth Pastor at Cornerstone Baptist Church. After six years in Youth Ministry, the Lord allowed Pastor Roy and his wife to start a singles ministry. In 2016, he was voted in to be the next pastor of Cornerstone and in January of 2017, John was ordained into the ministry.  Upon the transition of Pastor Randolph to Pastor Emeritus on November 12, 2017, Pastor Roy became the new pastor of Cornerstone Baptist Church. Pastor and Mrs. Roy have five children: Adrianne, Hayden, Micah, Brooklyn, and Bryce. Pastor Roy's life verses are Psalm 40:1-3. "I waited patiently for the LORD; and he inclined unto me, and heard my cry. He brought me up also out of an horrible pit, out of the miry clay, and set my feet upon a rock, and established my goings. And he hath put a new song in my mouth, even praise unto our God: many shall see it, and fear, and shall trust in the Lord."